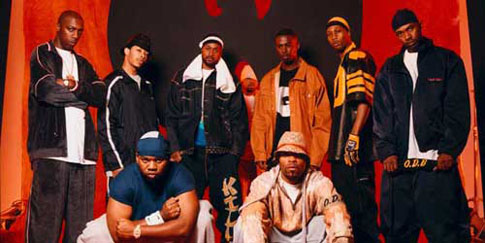 Yesterday we reported, the legendary NY based rap group [tag]Wu Tang Clan[/tag], just got clearance for sampling the classic Beatles classic “As My Guitar Gently Weeps,” actually the first Beatles sampling in history. Well apparently they didn’t sampled the Beatles, but what they did was a reply to the song; a interpolation, as explained by the band on the band’s myspace blog.

“The statement that we made yesterday was incorrect and we apologize for any confusion it may have caused. We DID NOT sample the Beatles, I repeat, we DID NOT sample the Beatles, rather we did an INTERPOLATION of the classic George Harrison composition ‘While My Guitar Gently Weeps.’ In a historic collaboration, Dhani Harrison, son of George, through his friendship with the RZA, played guitar on the song and he himself helped secure the REUSE LICENSE. Also appearing on the song are John Frusciante, guitar player for the Red Hot Chili Peppers, and Erykah Badu singing the chorus.

‘To satisfy everyone’s curiosity, the song will be streamed exclusively on loud.com tonight. It will be the first single and video from the forthcoming album ‘8 Diagrams’ in stores December 4.

‘Thanks again to Dhani Harrison and the Harrison Estate for helping us make history.”

The band uphold their promise and further more offered the Beatles “interpolation” out for download; feeling generous.

This is the second track that was offered out for sampling, after the band exposed Watch Your Mouth. “8 Diagrams” will be out December 3.