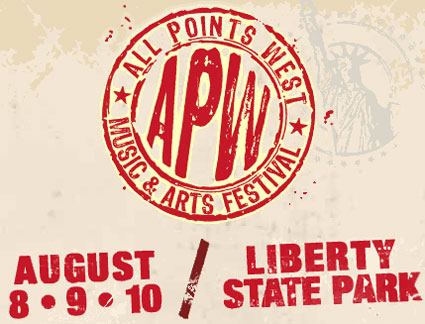 For those complaining about the lack of decent east side festivals, the Jersey located All Points West Festival, will undoubtedly quench the thirst for good live music. The Jersey fest is at its first edition and It’s already managed to gather some big names, as its headliners, including Radiohead and Jack Johnson (the man is everywhere). Radiohead are set to play two consecutive nights (Friday, Saturday), marking “the first time that a cutting-edge band will headline multiple nights of a major U.S. music festival,” while Jack J. will headline on Saturday night. Hope he can sober up the crowd.

Tickets ($89 per day or save $9 by buying the 3-day package) go on sale next Friday, 2/29 at noon at Ticketmaster. A portion of the proceeds benefits Friends of Liberty State Park (an open space advocacy volunteer).

On the western front Radiohead, Tom Petty, and Jack Johnson are set to perform at the Outside Lands Festival in San Fransisco. Seems like Jack’s on really high demand, seeing how he’s scheduled to play in nearly all major fests. The whole thing will be at the Golden Gate Park on August 22-24. More details to follow.