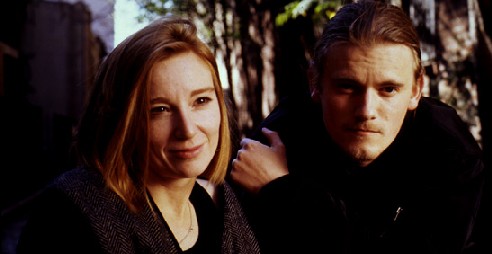 There’s been a lot of hype, around the trip-hop veterans’ first album in ten years, during the past weeks, however their one of the few acts that actually deserve it. I mean isn’t a new Portishead album enough reason to run about, telling everyone about it? For me it is and whenever I get the chance, I try cover them and today that chance is a new video for “Machine Gun,” the first single from the group’s latest album “Third.” The song is pretty sick, with some up beats, clever synths and of course Beth Gibbons’ beautiful, weary voice, which apparently got better and better along the years. The video on the other hands, doesn’t quite delivers, no in the same way as the song does anyway; it feels a bit amateurish, but then again that my just be the director’s intention. Third lands in stores on April 28.