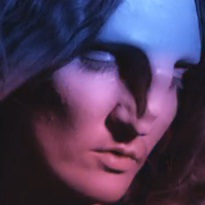 Last year, a unique musical opera based on Charles Darwin and his book “On The Origin Of Species” was performed, and subsequently released, by The Knife, Mt. Sims and Planningtorock, which from my understanding has been highly praised well beyond the Scandinavian scene. I haven’t sample the opera and before today I’ve been totally ignorant of Planningtorock, Janine Rostron musical alter-ego, a highly atmospheric and eery outfit – in a word a faithful, still genuine, The Knife tribute. It’s enough to entertain yourself with the self-direct music video for “Doorway” below to understand exactly what I’m referring to. Doorway is off Rostron’s upcoming album “W”, out May 13th in the UK and May 16th in the US.