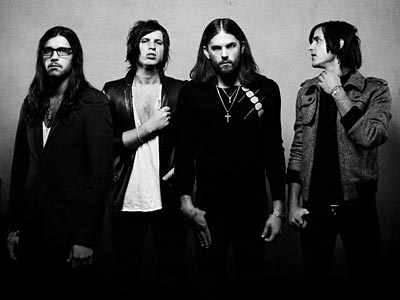 With only a week or so until the new Kings of Leon album, “Only by the Night“, lands on September 22, things have really begun to shapen up. We’ve already released two songs off the new album, including the first single Sex on Fire, but this time we have for you what I find to be the best song off The Night, in the form of the record opener, “Closer.” The song is really slow paced, with a steady background synth beat that keeps on churnning across the whole track, while Caleb unleashes his, now, solid vocals. Great song, announcing an awesome album up ahead.