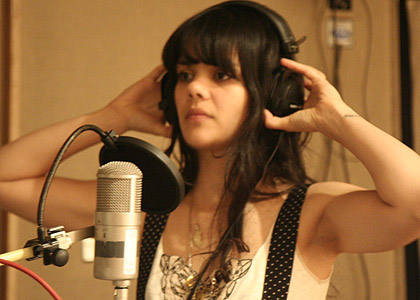 Natasha Khan, more known after moniker Bat for Lashes, seems to have a thing for covers, as she’s just released a cover of The Cure’s classic “Forrest,” after she dangled a bit with Bruce Springsteen’s “I’m On Fire.” I don’t think the cover could be considered as suitable material for this The Cure compilation EP, but I think Natasha’s done a terrific job! The song still carries the original’s moody, gloomy air, but with some remarkable additions, like eerie pitches in the vocals department and haunting harpsichord, instead of the initial ghoulish guitar.

The cover can be found in Perfect As Cats: a tribute to The Cure, album not released worldwide until October 28th through LA indie label, Manimal Vinyl. The tribute album boosts 32 tracks from 32 different indie artists.