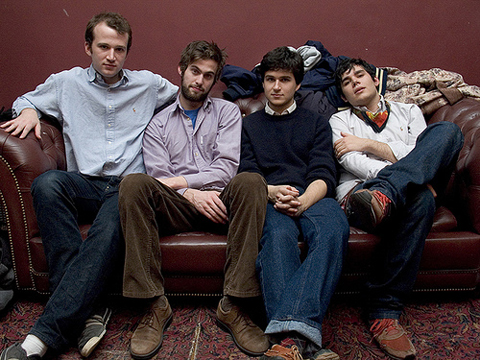 The latest comedy flick that’s been sweeping the box office is a teen romantic epic, called Nick and Noah’s Infinite Playlist. The movie just came out, so neither of us had the chance to see it, but anything involving Michael Cera is sure to rock. Here’s the trailer.

Anyway, speaking of infinite playlists, you should check out the soundtrack behind the movie, because it goes beyond epic. Devendra Banhart, Bishop Allen, Band of Horses, We Are Scientists are just a few top indie artists who’ve left they’re signature on the film’s music score. Among these bands also lies the incredibly talented Vampire Weekend, who contribuited with a brand new song, specially made for the movie, called “Ottoman.” Last month’s Fleetwood Mac cover saw the band go a bit more retro with their sound, however, Ottoman stays true to Vampire Weekend’s winning staccato riffs, cascading strings formula that helped propell their debut LP to instant stardom. Check out the stream for the song bellow, as well as the full tracklist for the soundtrack. And, if you’re looking for the song’s MP3, don’t look any further ’cause Pretty Much Amazing has it.