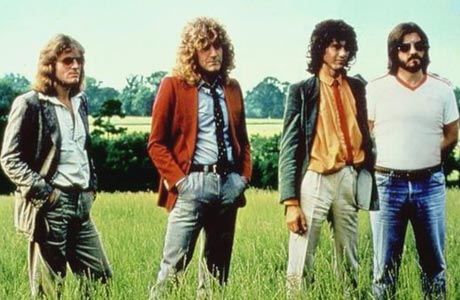 There has been a huge amount of attention directed at Led Zeppelin after the O2 gig, but not many clear things have seen the light of day since. The word was out that they were getting ready for a handful of concerts, but then the band seemed to hang by a thread and a bit later, Robert Plant gave the word out that Led Zeppelin is not going to tour again.

Recently, Jimmy Page went to jam a bit with fellow band members bassist John Paul Jones and drummer Jason Bonham, but he claims that this does not mean a reunion is getting near; not even close. In conference held at a Toronto film festival promoting the film “It Might Get Loud”, the amazing guitarist spoke his mind.

“We’re not actually really recording. We played at the O2 (concert in London last year). That was our reunion. It’s nothing as monumental as what people are speculating and projecting. If you’re going to do a reunion, you need four members,” talking about Robert Plant, who continues to say that his commitment is to go on tour with Allison Krauss.

The question remains if the metal album we’ve all been waiting for so long will ever see the light of day; or just even a tour or something, a sign that the voice of a generation still speaks for that generation. It probably won’t happen, but one can still believe. Here’s footage from the answer session, with Jimmy Page, The Edge and Jack White.