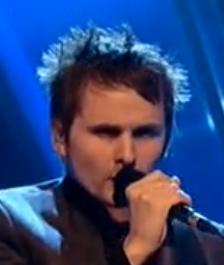 The new Muse album, “Resistance,” is out this week, and consequently expect to see the band all over TV and on tour (hopefully!). They’re latest appearance was on Jools Holland’s Later, where they played, accompanied by an orchestra, two feature tracks off the new record, “Uprising” and “United States of Eurasia.” Great show!