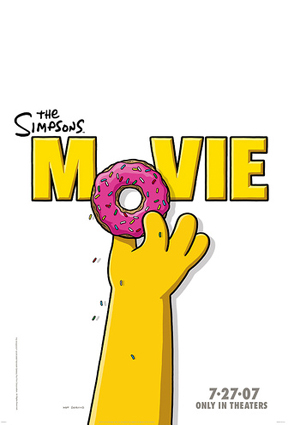 The notorious “Simpsons” theme song will get a punkified version, courtesy of Grammy Award-winning rock band [tag]Green Day[/tag], as the tv show will turn to the silver screen with it’s theater debute on the 27th of july.

The Green Day Simpson theme will be published as a single and will be included on the movie’s official soundtrack, that will be released on the 24th of july, three days prior to the film’s debute.
Three different labels will be marketing the single. Warner Bros. Records will release it in the USA, Fox Music will make a digital score album available through foxmusic.com, and Extreme Music will release 25,000 doughnut cases to U.S. retailers.