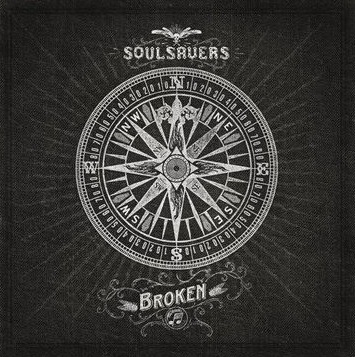 I clearly don’t know about you – and let’s face it, you probably prefer it that way – but I’m not a particularly splendid example of a human being. You can tell by the kind of accusations that have been slung in my poxy, four-eyed face. No one’s ever verbally accosted me for giving too much money to charity, for example. Instead, I’ve been accused of pirating music (true), being an anti-Semite (false), being a jerk (true), running some sort of bizarre anti-American campaign (mostly false), and – courtesy of the readers of this very site – of being an acne-stricken nerd who has no concept of what makes music good or bad and hates anything that doesn’t live up to my lofty, elitist standards. That one’s false too: I don’t have acne.

Truth be told, I’m a bad person. But being a horrible person has its upsides. For one thing, the complete lack of guilt and shame really loosens your moral compass. Slandering a friend on a podcast? No problem! Embezzling money from my immediate family? All in a day’s work! Ruthlessly establishing myself as the bloodsoaked King of the Apes? Soon, my pretties, soon. But, more relevantly, being bad means you get to experience the sweet, sweet joy of deathbed-bound redemption.

But first: the nuts and bolts of it. In case you missed it, Soulsavers (comprised of producers Rich Machin and Ian Glover) grabbed a lot of people’s attention in 2007 with their sophomore effort, It’s Not How Far You Fall, It’s The Way You Land. And rightly so – it was a spectacular album that arrived completely out of left field. Not to downplay the talents of Machin and Glover, whose sonic landscapes range from merely excellent to absolutely awe-inspiring, but much of the attention garnered by that album was due to the presence of one Mark Lanegan. The same Mark Lanegan who has graced more groups with his presence this decade than even the most ambitious of groupies. But he struck gold with the Soulsavers, and both parties clearly recognised this: Lanegan’s greasy, worn pawprints are all over Broken.

Not just vocally, either. (Really, if it was just vocally, using pawprints as a metaphor would be stretching things. But I digress.) Lanegan’s solo work, and much of his collaborative work, has been steeped in a deep appreciation for the blues – not necessarily structurally, but thematically and texturally. That influence pervades Broken from start to finish; the album jumps from sweeping orchestral soundscapes to thumping rock to groovy trip-hop to lonesome piano ballads, but it’s always linked by Lanegan’s rootsy sensibilities. It’s what the blues should logically sound like in 2009.

Lanegan’s vocal turns are as consistently excellent as, well… always. His voice anchors the project as it schizophrenically shifts between genres, and gives the album the gravitas and hard-worn authenticity it needs to be convincing. If the deeply stirring, melancholic “You Will Miss Me When I Burn” (a Palace Brothers cover) doesn’t move you, you’re most likely either a soulless automaton, or stupid. Or a stupid, soulless automaton. Equally wonderful are the twin epics that follow it: the Gene Clark cover “Some Misunderstanding”, which gives guitarist Rich Warren some room to stretch out, and the soul- and gospel-tinted “All The Way Down”.

Speaking of Warren’s guitar – it’s a far more dominant instrument on this record than it was on the previous outing, a shift in tone lead Soulsaver Rich Machin ascribes to the touring they did for INHYFITWYL (acronyms are supposed to be short). Thankfully, it chooses not to manifest itself in a chunky power chord bedrock, instead snaking through the songs in effect-drenched leads. It lends Broken a kind of weary, strangled psychedelia – sometimes you could imagine the guitar melodies being the soundtrack to an LSD-user’s descent into eyelash-plucking madness. Um… that’s meant in a good way.

But yes: redemption. It’s a key theme for this album, I think. There was early talk of it being a concept album, and although that idea was discarded fairly promptish, a very cohesive vision seems to have been retained throughout. From start to finish, you could imagine it being the conversation of a dying man – at different times with loved ones, perhaps his god, and even himself. It doesn’t seem accidental, either – a look at the song titles should inform one of at least the album’s tone: “Death Bells”, “Shadows Fall”, the aforementioned, and hardly optimistically-titled, “All The Way Down”. But it’s not just Lanegan’s dark night of the soul; rather, it extends into a kind of guarded hopefulness, that there’s a bright dawn at the end of this gnarled, broken path. It’s there in the way “Shadow’s Fall” doesn’t end where you’d expect it to end, at the finish of a seemingly climactic chorus; instead moving into a soaring orchestral coda. There’s a deep beauty coating everything dark about this album.

It gets fairly dark along the way, though. “Death Bells” finds Lanegan with his blood cursed, and “living under his brother’s dirt”. “Pharoah’s Chariot” reads like the SATs from hell – “Dirt is to the grave as water to the drowned”. And “Can’t Catch The Train” is a beautifully serene, bereft, funereal thing, like a love letter to your very last breath.

Wait, wait, the race has been numbered

So soon to go where the horses have gone

Lay down your head like a baby to slumber

If Lanegan’s taking that clichéd walk towards the light on this album, he’s not doing it alone. Along for the ride are some bonus collaborators, some more apparent than others. Gibby Haynes, Jason Pierce and the brilliant Richard Hawley make their concise contributions somewhat anonymously, but another guest turn is perversely inspired. Mike Patton, of Faith No More, Mr. Bungle and general assorted lunacy, shows up for the menacing trip-hop number, “Unbalanced Pieces”, albeit not in the straight duet you might imagine. Patton is less a collaborator, more a demented echo of Lanegan’s wrecked subconscious, looming threateningly in the background like an insane devil. It’s the perfect use of, not just Patton’s voice, but also his ability to really inhabit a persona in any given song.

So while Patton’s playing the devil on Lanegan’s shoulder early on in the album, an angel does eventually show her face, in the form of Rosa “Red Ghost” Agostino. While her revisit of Lanegan’s own “Praying Ground” (from his Scraps at Midnight album) doesn’t quite scale the same stratospheric heights as the cover of Lanegan’s “Kingdoms of Rain” on INHFYFITWYL, she certainly steps up to the plate with her sultry turn on “Rolling Sky”. Here she seems to take on the role of Lanegan’s lost love – his “crippled Valentine” – weighing heavy on his thoughts at the end of his life.

And that’s, ostensibly, the end of the story that Broken tells. It’s bookended by two terrific orchestral pieces, “The Seventh Proof” and “Wise Blood”, which betray the Soulsavers’ ambition to do soundtrack work, and seem to work here as makeshift credit sequences. But there’s more: a gorgeous, reverb-drenched epilogue of sorts, “By My Side”, sung beautifully by Agostino – here, the very voice of redemption.