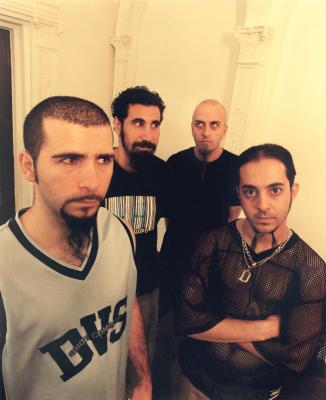 Few bands that formed less than 20 years ago have the fame and fanbase that System of a Down has, even after frontman Serj Tankian split and released a solo album. When we heard from him he seemed to be working on a musical and a reunion appeared to be impossible. The band and Serj went on different ways.

So after we’ve just understood the idea that they are not going to sing together, they come out and say something that baffles everybody; they are probably going to reunite and perform at the 2009 Eurovision that will take place in Russia, and they will represent Armenia.

Serj said that they will do this if they would be allowed to use Eurovision as a means to advance the genocide that took place in Armenia.

“Eurovision would be an excellent way to make this theme known. We must seriously think of this.” Tankian said.

The band spoke for the recognition of this genocide from when they were singing in their garages, and they’re known for their liberal political convictions, which they express loudly and firmly. This fact is easy to see especially when you carefully listen to their lyrics, which talk about numerous politic related subjects, that include corruption, war, censorship and drug use.