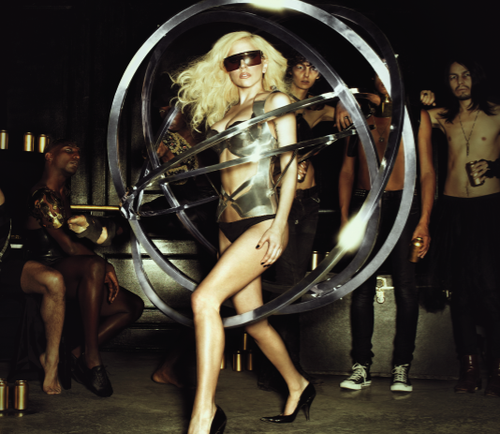 From the beginning, it was extremely clear that Lady Gaga was a unique addition to the music world; what wasn’t clear was if there was any talent behind the crazy costumes and makeup. I was one of the many people who believed that her fame was only due to her over the top demeanor. The club beats of her music immediately made me associate her with being autotuned, so I was the first person to bash Gaga and say that she wasn’t a legitimate artist. The keyword is “was”.

When a friend bought me tickets for the Monster Ball, I wasn’t what you’d call excited. I sat in the crowd with everyone else, only I wasn’t yet a “little monster.” As soon as Gaga stepped on the stage I realized just how wrong I was. Everything about the show was incredible to me, from the sets and the vocals to the fact that a pop queen could play the organ, keytar, and of course piano with ease. It was an undeniable presence behind the piano that truly made a Gaga fan out of me.

There are certain tracks which immediately stand out to me as great showcases of Lady Gaga’s pianist roots. The first of which, a ballad called Speechless, comes from The Fame Monster. From the beginning, I’d bet nobody would think of Gaga being behind the guitar and piano chords. Hearing Gaga without manufactured beats is a definite change for the ear, and the raw emotion is undeniable. When Gaga’s father was debating heart surgery, she immediately expressed that she would ‘never talk again’ and ‘never love again’ if something were to happen to him. Hearing this emotion live is breathtaking and will leave you speechless, guaranteed.

I’m sure all of you are more familiar with the next showcase of Gaga’s talent: her most recent single You And I off of Born This Way. I was familiar with this track before the studio release of the album after hearing it at the Monster Ball. After she performed this behind a flaming piano, I knew there was more to Lady Gaga than meat, sequins, and a lack of pants. Whether you look at it from a studio or live point of view, You And I is simply a masterpiece. I am not a huge fan of country music, but this is the one country-ish track that you’d find me playing over and over. With Brian May on guitar, it is only fitting that the song contains some noticeable Queen influences, including a We Will Rock You-esque drum beat throughout much of the song. As if the many references to Nebraska (referring to former Nebraskan boyfriend Luc Carl) aren’t unusual enough, she even adds a religious twist after an old fashioned guitar solo. As much as the studio does for You And I, Gaga on stage is unparalleled. Period.

You And I Live

Gaga’s debut album, The Fame produced two unsynthed songs, one of which is Brown Eyes. This track is very uncharacteristic of Gaga: not upbeat. A somber air is felt throughout a ballad, which tells of lost love, because of a greatly theatrical voice which goes straight to your heart after it reaches your ears. The other track, Again Again, offers a slightly more upbeat take on another love dilemma, this one dealing with leaving a relationship for someone that loves more. After listening once, I always have to listen again to make sure the bluesy, slightly jazzy vocals really belong to Gaga. If the late Amy Winehouse was still here, I would love to see her adaptation of this, (or at least Gaga’s initial “You got a lot a lot of nerve!). Unlike every other track I’ve mentioned, there is next to nothing to draw from as far as live performances go. The only instance of Gaga performing Again Again live I’ve been able to find on the web is a short snippet of a performance she gave at a New York club when she was only known as Stefani Germanotta. That said, the performance is a breath of fresh air from the Gaga we now know and love. Seeing a brunette Stefani rocking out behind a piano is delightful, and hopefully she will perform the song again (again).

Although these are the only stripped down tracks on Gaga’s three albums, that doesn’t mean that these are the only songs she performs stripped down. She’s performed many of her singles acoustically at one point or another, with the exception of LoveGame, Beautiful Dirty Rich, Alejandro and Judas. Bad Romance was never fully performed acoustically, but Gaga did do a small snippet on Ellen. Just Dance was most notably performed at a Marc Jacobs after party, and hearing this with only a piano is very interesting. Even acoustically, the song still has the feeling of drunken confusion in a much less upbeat manner. Gaga has performed Poker Face acoustically fairly constantly and it is even on her three track EP, The Cherrytree Sessions. When compared to the original, this version of the song is almost unrecognizable. It sounds like a track off of a Sara Bareilles album with the way she fits her vocals with an awesome piano backing. Paparazzi takes my breath away every time I hear Gaga’s desperation in her voice. The piano version seriously rivals the intensity of the blood soaked 2009 VMA performance, only it is experienced more by the ears and less by the eyes. The lesser known Eh Eh (Nothing Else I Can Say) will put you in a great mood after hearing upbeat and happy piano and vocals in contrast to the drama Gaga normally brings to her acoustic performances.

Another virtually unrecognizable piano adaptation is Gaga’s performance of Telephone on the BRIT Awards in 2010. Without autotune and digital effects, I was very unsure of how this would sound. Of course my skepticism was completely unnecessary as Gaga turned the almost comical studio version to an exasperated and sad piano ballad. Gaga’s performances of Born This Way tracks are easily the best of all of her piano versions of her usually electronic sound. The album’s title track packs a punch in a less conventional format: acapella. Near the beginning of Gaga’s own HBO special, she sings with a few background singers backstage before a show at Madison Square Garden. Gaga begins on piano but stops. There is no better opportunity to hear Gaga’s natural voice, and there is no better opportunity to realize her vocal power. Although she has performed Born This Way with a piano on many of her Monster Ball dates, the acapella version gives me chills. The Edge of Glory is next, and is definately one of my favorites. With such an emotional song about her grandfather’s slow, dragged out death, it is no surprise that it acoustically hits it out of the park. My personal favorite live performance is that on The Howard Stern Show, where Howard was floored by Gaga’s voice, talent, and emotion. The Howard Stern Show also brought another one of my favorite of Gaga’s acoustic performances, promotional single Hair. Although the lyrics may feel a bit elementary at times, Gaga’s voice makes up for it, and then some. Howard’s cohost said it best, “Why do I wanna cry everytime she sings?”