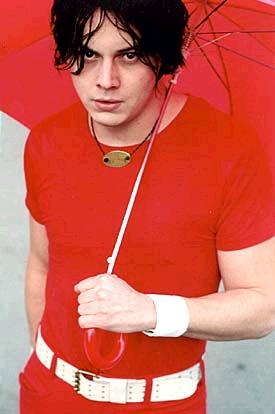 Interview Magazine recently conducted a interview with [tag]White Stripes[/tag] frontman Jack White, as part of their Cover Story. Some very interesting points were covered, among them marriage, Icky Thump and … jurnalists, whom according to Jack are about as lazy as a pack of slugs.

Here’s a snippet from the interview. Remember to read the whole thing here.

MD: A lot has already been written about Icky Thump. What have people gotten right and what have they gotten wrong?

JW: I’d say 90 percent of what they got is from the press release. We have fun putting funny things in there—like in the press release for Elephant [2005], somebody inserted a joke about how none of our studio equipment was made after 1963. Journalists are inherently the laziest people on earth. Even in the age of Google, they don’t do any work to check what they’re writing about. Before you knew it, people thought we wouldn’t touch a piece of equipment unless it’s 60 years old or something! It gets to the point where you’re answering questions based on a joke somebody made. [laughs]

Well some have issues with lawyers, Jack has with journalists, i only hope i’m part of those 10 % that aren’t eating any bullshit.