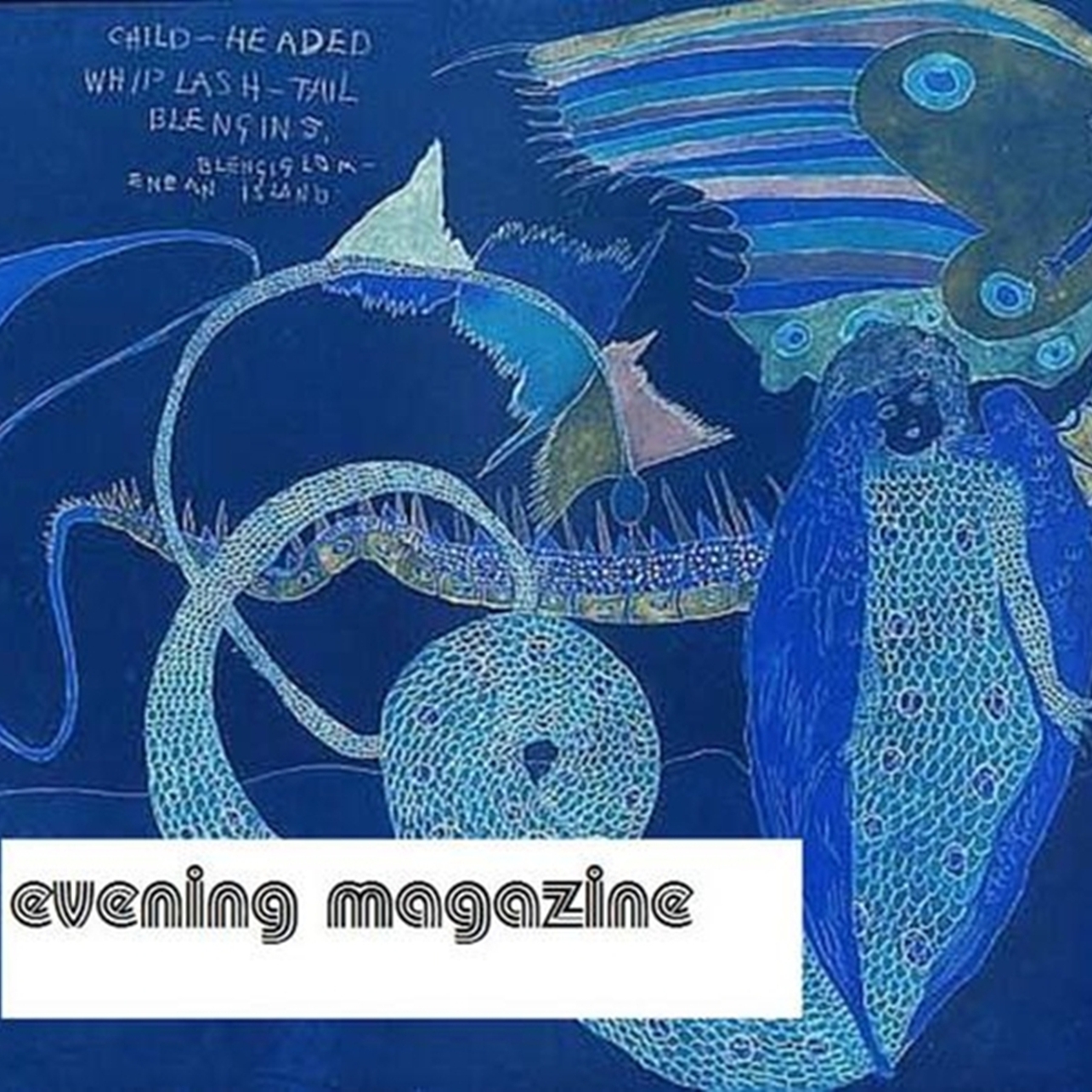 I’m sorry. I apologise in advance. I should be able to do better. I pride myself on being able to do better. And yet, here I am, standing on the precipice of my own self-destruction; doused in metaphorical gasoline, and about to strike the match. I never thought I’d stoop so low, that I’d engage in such journalistic laziness. It’s depressing, and it’s frustrating, but it’s unavoidable, and it’s not my fault, I swear. I can only hope you’ll forgive my transgression.

I’m about to say that an indie band “sounds a bit like the Arcade Fire”.

But I can explain – really I can! For one thing, Evening Magazine are a 9 piece oddly-instrumented band, partial to making slightly-epic, quasi-anthemic indie rock. So when EP opener Apple Eye kicks off with a rollicking beat, bold horns riding over acoustic guitars, and singer David Drisbow’s Win Butler-esque vocals singing how “little children can’t remember all the mystery”, it becomes somewhat unavoidable to draw comparisons between this and the ubiquitous Funeral.

Luckily for the Philadelphia nonet, the comparisons are favourable. If the Arcade Fire similarities are the proverbial elephant in the room, it’s a friendly pink elephant, who toots a pleasing melody from his trunk, and has a funny picture drawn on his side with a blue marker pen. And while the Fire’s huge, mainstream breakthrough success probably isn’t on the cards for Evening Magazine, that doesn’t mean they’re not worthy of great acclaim, and capable of achieving wonderful things.

This potential is evidenced by 18 Wheels, a wonderfully understated ode to the road, full of insistent brushed drums and building brass. It’s the most obvious single of the EP, and they’re offering it to YOU for free. Click here, buddy-boy.

They continue the trend of soft-spoken, sweepingly romantic indie with On The Corner, which features some nice harmonies betwixt Drisbow and flautist Julianna Zinkel, before taking something of a left turn with Eddie. Slightly more obtuse than the rest of the record, Eddie sees the group tentatively flirting with some mild electronica. It’s sort of at odds with the atmosphere of the rest of the songs, but it’s hardly mood-spoiling. And it’s easily forgiven, because if that was the strangest song, what comes next is undoubtedly the strongest.

Everyone Can Hear You closes out the EP, and it’s a stunning, utterly beguiling finish. Melancholic pedal steel flourishes drift behind Drisbow’s almost-whispered musings. It wouldn’t have sounded out-of-place on the Garden State soundtrack, and it would have been the highlight of the album. For the last song on a debut extended player, it’s a brilliantly assured, quietly confident climax, unhurried and gentle. Although the canned laughter was a bad choice.

So, no qualms here: this is a great piece of work. Some minor quibbles can be found though – as much as the parallels between them and Win Butler’s motley bunch cast Evening Magazine in a good light, they’d do well to forge a distinct personality of their own. Right now, it’s a bit like they made meal they found in a Gordon Ramsey cookbook – it’s perfectly delicious, but it’s someone else’s recipe, and they need to find an interesting new ingredient to make it your own.

Tortured food metaphors aside (it’s almost dinnertime here), I really do like this band. I award them seven of your points. And I’d give them 7.5 if I was into such ridiculous nonsense as decimal points in a review score.