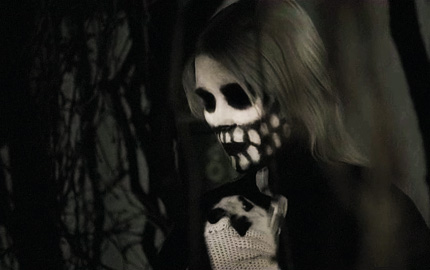 Karin Andersson’s debut self-titled record, released under her Fever Ray moniker, is one of the loveliest of the year, packed with a vibe of serenity and bliss. It’s incredible how Karin channeled her creativity and talent on the album, proving she will never really be able to stay away from music. Let’s just hope she doesn’t forget about her other creative outlet, as part of The Knife, anytime too soon.

Her third single from her debut is called “Triangle Walks” and, besides the track itself, features a few awesome remixes of the song by the likes of Spektre, Tora Vinter, James Rutledge, Allez-Allez or Ben Hoo, the of which remix you can hear bellow. The single will be out in both 12″ and digital version on June 12th. [via Gorilla vs Bear]