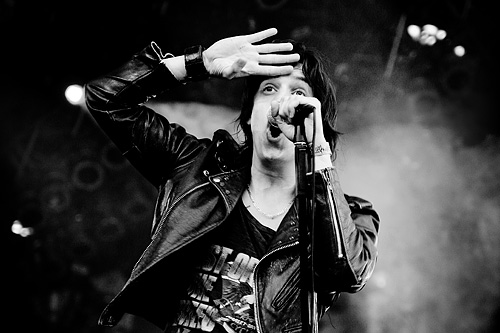 It’s going to be a very densely packed year for Julian Casablancas. Between recording sessions and the afferent touring following the release of The Strokes‘ upcoming new album, Casablancas is set to embark on a relatively short stint in the US where he’ll tour in support for his recently released debut solo album, “Phrazes for the Young“. The tour will kick off at the end of March in Atlanta, and after a few stops through venues like Baltimore, Detroit or Chicago, with brief stays in the Canada in between, Julian will call it a day at the massive Coachella fest on April 18th. Check out the full dates and venues bellow.

In related news, Strokes drummer FabMoretti recently told the BBC that the band’s new album is slated for a summer release. Fingers crossed!