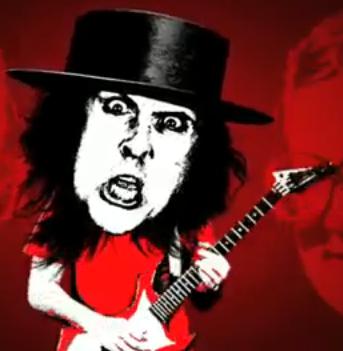 After Weird Al‘s last kinda depressingly fun video for Skipper Dan, he’s finally back to his hilarious self with his latest video for “CNL“, packed with loads of parody and his all too sweet hooks. The whole video is a tribute to the great dearly departed Charles Nelson Reilly, one of the most beloved comical actors both on stage and TV. On CNL Al goes for a Chuck Norris take on Reilly’s life, singing an ode to the man who could shit diamonds, win the Tour de France with two flat tires and a missing chain or make sweet love to manatee. Al playing in a White Stripes-esque way, with the afferent hooks and vocals, isn’t a coincidence either, as he impersonates Jack in the video in a totally hilarious fashion (great on the vocals and guitar chops too!). Check out the video for CNL bellow.

No word yet on Weird Al’s upcoming 13th still untitled album, but from what I’ve read so far it seems it’s gonna be out sometime in ’10.