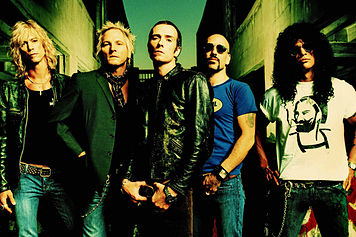 Although Led Zep’s first impressions on the already famous O2 gig, Robert Plant made an announcement that shocked and saddened rockers from all over the world: Led Zep will not tour! But… things are not nailed!

Cause according to bassist Duff McKagan, Velvet Revolver are the number one choice to open for Led Zeppelin, if the band announce a world tour. Wait a sec! They haven’t confirmed anything official! Here’s what the man has to say:

“I understand that we have it, although I imagine there will be plenty of bands prepared to kick and punch us out of the way for the privilege,” McKagan told Hotpress.

You can bet your sweet 4-stringer mate! But few bands truly have what it takes to take Velvet Revolver on, so you’re still in the front.

Anyway, one thing’s for sure: everybody wants a Led Zep tour… except Robert Plant; he has commitments with the singer Alison Krauss which run until September. What about after that? We’ll just have to see.