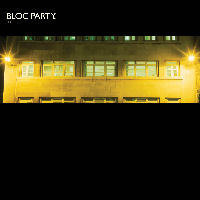 We’ve already shown our enthusiasm for [tag]Bloc Party[/tag]’s forthcoming EP Flux, in a previous post and as previously reported a video had to follow. And it did. The Ace Norton directed video, for this  Nu-Rave infused track, is quite a really fun and enjoyable one, featuring futuristic robots and monsters battling it out in a B Movie style metropolis. The only problem here is, that curently available on windows media player, so you’ll have to head over to NME and stream it.